If the Remedy is so dilute, how can it work?
People have often used this dilution as a reason to discredit Homoeopathy, saying that the remedies are 'nothing but water'. Research suggests however, that the vigorous shaking involved the manufacturing of the remedies causes the information contained in the original substance to remain in the diluted form.

We still don't exactly understand how Homoeopathic remedies work on a molecular and cellular level, but research continues and the progresses into the world of quantum physics is promising.

What is the 'Remedy'?  The Homeopathic medicine is called a 'Remedy' and can be in tablet, pillage, liquid or cream form.

What does a Homeopathic treatment involve?  The initial consultation will typically last between 1.5-2 hrs, where I will invite  and guide you in discussing aspects of your life; including health, lifestyle, medical history, family history etc.  This will enable me to understand you as an individual and therefore treat you holistically.

There may be a requirement for additional follow up consultations, which can last up to an hour, and I will also stay in touch with you providing support should it be needed.  All consultations are completely confidential and I follow all Data Protection requirements. 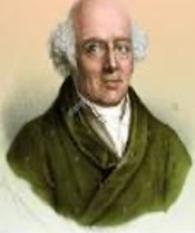 Homeopathy Origins.  The principle of treating “like with like” dates back to Hippocrates (460-377BC) but in its current form, homeopathy has been widely used worldwide for more than 200 years.

Homeopathy was discovered by a German doctor, Samuel Hahnemann, who was looking for a way to reduce the damaging side effects associated with the medical treatment of his day, which included the use of poisons. He began experimenting on himself and a group of healthy volunteers, giving smaller and smaller medicinal doses, discovering that as well as reducing toxicity, the medicines became more effective as the doses were lowered.

He also observed that symptoms caused by the toxic ‘medicines’ of the time, such as mercury which was used to treat syphilis, were similar to those of the diseases they were being used to treat. This observation led to the principle he described as ‘like cures like’.

Hahnemann went on to document his work, and his texts formed the foundations of homeopathic medicine as it is practised today. A BBC Radio 4 documentary aired in December 2010 described Hahnemann as a medical pioneer who worked tirelessly to improve medical practice, insisting that medicines were tested before use.

Is it safe?
Perfectly. Homoeopathy is non-addictive and the remedies are non-toxic so there is no danger to the individual.

Who can use Homoeopathy?
Absolutely anyone; from pregnant women, infants, children, adults to the elderly. It can also be used safely alongside other forms of treatment, including those prescribed by doctors.

Homeopathy is a holistic medicine which uses specially prepared, highly diluted substances  with the aim of triggering the body’s own healing mechanisms.

Meaning 'similar suffering', Homoeopathy is a holistic, non-intrusive form of treatment, which is personalised to the individual. It treats the whole person, not just the immediate symptoms and is based on the principle of treating with the minimum dose and  'like treats like' i.e. a substance which causes symptoms can be used in small amounts to treat those same symptoms.  For example, Allium Sepa, a Homeopathic Remedy which is derived from an onion, is extremely effective at treating hay fever symptoms such as watery eyes, running nose etc - similar to the symptoms that occur when you peel an onion!  This principle is also used in conventional medicine as well, for example the use of pollen in minute quantities to desensitise allergies.

What is the 'minimum dose'?  This is the lowest strength of the remedy required to treat the individual, the idea is that we give the body a gentle nudge to treat the disease itself and not overwhelm it.  There may be instances when a higher strength is needed but it will still be the minimum required.

What does 'holistic treatment' mean?
Homeopathy treats the whole person, which is one of the main differences between Homoeopathy and conventional medicine, which tends to treat individual symptoms.  For example, if you had a cold, a sore knee and were not sleeping well, a homoeopath would seek to treat all of these with a single prescription, as opposed to prescribing 3 separate courses of treatment. 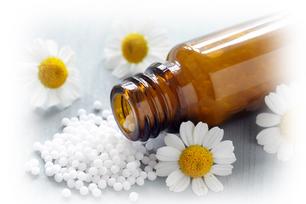 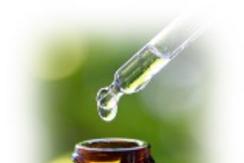